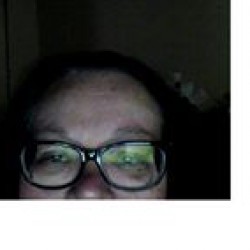 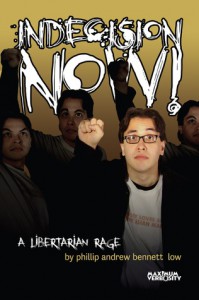 This book seemed at first like I was reading the required daily writing journal of the quiet, nerdy boy next to me in my 11th grade Creative Writing class. It contains a variety of items including essays, stories, plays, poems and Shakespearian play updates. Most are funny, especially the footnotes. What's not to like about a second generation American seeing Superman as an "immigration story"? The QR code links to YouTube contain images you are unlikely to forget. There are a few serious stories like The Girl Who Became a Gun.

In the third section of the book, the author finally begins to discuss libertarianism in extremely serious blog reposts. He makes a great point that using government funds received by taxing artists to fund other, possibly lesser, artists makes absolutely no sense. The selection of what is good art is always subjective and having a huge bureaucracy do it is absurd. I also have wondered why there are few people interested in serious issues anymore but instead just want to watch the same recycled plots over and over again in movies and plays.

I enjoyed both sections of the book but I believe the lack of transition between the two types of writing was too abrupt. It would have better to separate the two into two books. I spent the first two thirds of the book wondering how the title related to what I was reading because the title covers only the topics in the last third of the book.

I received this book in a Goodreads giveaway but that did not impact my review.
Tweet 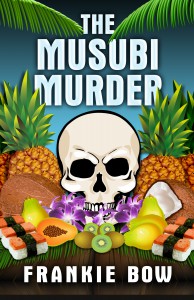 I love this new series! It's set on a Hawaiian public college campus. The main characters, Molly and Emma, are sarcastic and laugh-out-loud funny.

Molly has a PhD in literature but is trying to get tenure as a College of Commerce instructor. There are many thought-provoking discussions about word choice. For example, is it decapitated head or disembodied head? There are asides about how the human body tastes like pork and which way you should squeeze through a crowded theater to your seats--facing forward or backwards--which I pondered long after the topic has passed. The school administrators act as crazy as you would think they would to retain students.

The denouement is both surprising and fair when you think back to the clues among the many red herrings. This book is similar to the Murder with Peacocks series of books in both humor and having really relatable characters that feel like old friends.

The narrator has no other books on Audible at the time of this review, which is too bad as I would like to listen to her again. She has the excellent ability to change her voice for each character making it easy to listen while doing other things. She even does male voices that you would swear were being voiced by a man.

I liked this book so much that I went to the author's blog, you can just Google it, and was happy to see she has several more books in this series written that are just waiting for release. I'll be sure to pick them up when they come out so I can keep up with the adventures of Molly and Emma.

I received this book in a LibraryThing Member Giveaway but that has not impacted my review.
Tweet

The Voivod: A Ghost Story 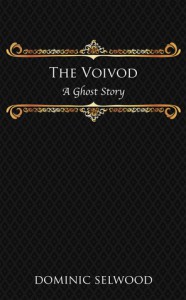 A brilliant ghost story that evokes a mood from an earlier time. This short story subtly raises the reader's anxiety until the final twist.

The author is trying to evoke the feeling of M.R. James’ antiquarian ghost stories. If you Google those tales, you can see how successful this emulation was. I like to read Victorian tales so this story was not a difficult read for me. However, some may find the formal language a challenge but it is worth it to persevere until the end, which was quite good. Five stars!

I received this book as part of a Goodreads giveaway but that has not impacted my review. 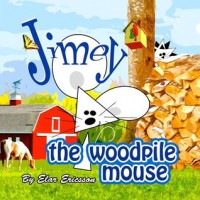 This book has unique illustrations and a good plot. I especially liked the flashcards in the back and the fact that it was interactive with the seek n find (similiar to the Where's Waldo books from my childhood). Overall, an excellent book for children.

I won this book in a Goodreads giveaway but that has not impacted my review.
Tweet 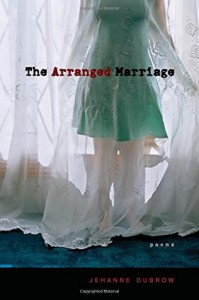 I read at washingtonpost.com recently that the percentage of adults that recalled reading one poem in the last year had dropped from 14% to 7% over the past ten years. I believe that reading this book could change the waning interest in poetry in this country.

Each poem is written with such attention to detail and verbal economy that the exchanging of even one word would lessen it. The poems taken together are a memoir of both a woman who is a victim of history and her own circumstances and the daughter trying to decipher it later from her own childhood memories and family photographs.

Overall, a sensitive depiction of a life lived as well as possible under the circumstances. A book written exceedingly well.

I'm grateful I received this book in a Goodreads giveaway but that has not impacted my review.
Tweet

Dead as a Doornail 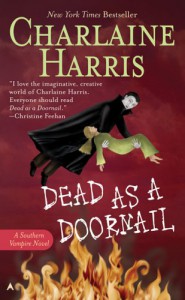 Learning more about Weres' rituals sounds more interesting than it was. Overall, this book didn't seem as good as the previous 4. Hopefully, the action will ramp up again in the next book.
Tweet 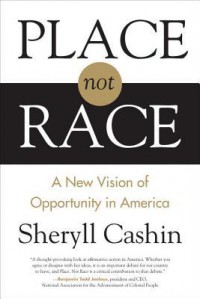 Dead to the World 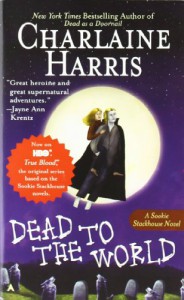 This is the best book in the series so far! Too bad Eric can't be more like he is in this book all the time. This is the first book to have a major plot point that was not on True Blood.
Tweet 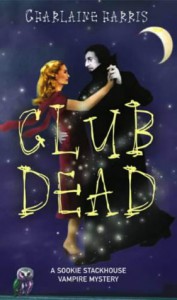 Not as good as the previous 2 novels in the series but better than average plot. It follows True Blood almost exactly (or rather the other way around).
Tweet

Bundles of Letters Including A, V, and Epsilon 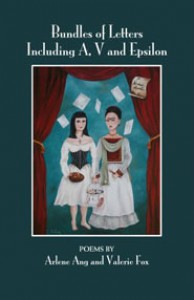 Hmmm, I think I just don't understand surrealist poetry, as this book declares it is on its back cover. These poems seem more like I'm overhearing someone's random thoughts. I think they would be better categorized as surrealist flash fiction. Here is a quote from the book "the moon sentenced an x-ray of my areola (right). Someone praised my synonyms for Rumpelstiltskin taped under a leather sole." I did like some of stream-of-consciousness thoughts from Valerie Fox and I enjoyed Arlene Ang's comment "for years I repeated the word impetus underbreath taking its three vowels--tediously--for love." It is rather fun to repeat impetus as it sort of rolls around your mouth like the word comparable. Unfortunately, I am just not fashionable enough to give this book a rating higher than a 2. However, if you are more of a risk taker and you like the two quotes I provided, this book might be for you.

The Case for Loving: The Fight for Interracial Marriage 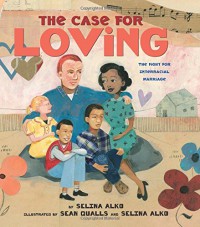 The illustrations are beautiful. It is an important and timely story that needs to be told. However, I agree that the story was a little too difficult for my 6-year-old niece to understand. I liked it though.

I won this book through a Goodreads giveaway but that has not impacted my review.
Tweet 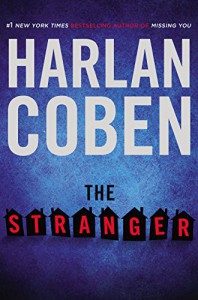 This book was a fast read. While not as good as some of the author's previous books, even his second tier books are better than most other thrillers published this year. Definitely worth the time.
Tweet

The Big Over Easy 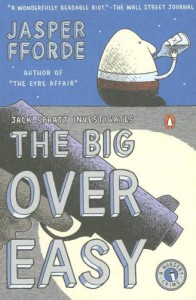 It took me about half way through this book to really get it. I would give the beginning 2 stars and the last half 5 stars resulting in my overall 3.5 stars, which I rounded up to 4 stars, I have never read anything by this author before. I heard this was his worst novel in other reviews so I will probably pick up one of his higher rated novels in the future to really give him a fair chance. If you like tongue-in-cheek humor and either know many fairy tales (or are willing to google a bit while reading this book as I did), this book is much more hilarious. The "quotes" from various news sources at the beginning of each chapter are worth reading alone. I liked the end as the mysterious death of Humpty Dumpty was uncovered in the twist-filled last 100 pages. Most will guess some of the solution but few will guess all of it. However, looking back, the clues were all there but I just didn't realize their import. Overall, well worth the confused slog through the first half.
Tweet

Blood on Snow: A novel 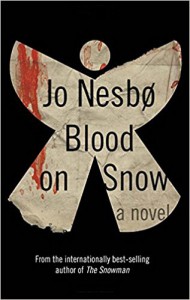 I had a preconceived idea of how this book would be based on my reading, and enjoying, two of the author's Harry Hole novels. This short novel really should be judged on its own merits. It evokes the feel of Sweden and is a good noir. However, I didn't like, or really care what happened to, any of the characters so I feel I can't give it more than 3 stars. Exciting evocative short read! The author is great at painting a scene with words. I am personally never going to look at pizza cheese the same way again. I can't wait until the author writes another story or even better a full-length novel!

I won this story in a Librarything giveaway but that in no way impacted my review.
Tweet

Where the Hell is Tesla? A Novel 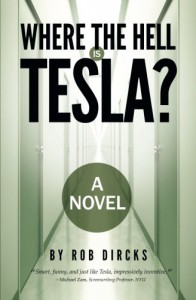 Extremely funny sci-fi book. If you liked Hitchhiker's Guide to the Galaxy or John Dies at the End, this book is equally zany. It also has some romance. I really loved the ending and, of course, Bobo. The description of the villain is hilarious.

I received this audiobook for free on Goodreads but that has in no way impacted my review.
Tweet
next »